Hi. Tell us about anything.

You can quickly forward your messages such as questions, comments and complaints. Our representative will return as soon as possible.

To keep up to date with the 52nd International Chemistry Olympiads, follow us on our social networks.

Minister of Industry and Technology of the Republic of Turkey

It gives me great pleasure to welcome you all to the 52nd International Chemistry Olympiads (IChO) in Istanbul. I hope you will enjoy your stay in Turkey and take back nice memories with you. Chemistry as a science has been studied and applied for centuries in these lands; therefore, holding such an important event in İstanbul makes it even more meaningful.

It is my great pleasure to greet you all at this special science summit in Istanbul, a beautiful city and a historical crossroads between continents and civilizations. This is also the city where I fell in love with chemistry and I received my fundamental chemistry education that many years later led to a Nobel Prize in Chemistry.  You have come together from different backgrounds to spend time with one another and compete to earn one of the medals in recognition of your love for chemistry... 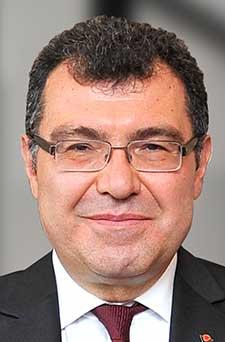 President of the Scientific and Technological Research Council of Turkey

It is a great honor for Turkey to host the 52nd International Chemistry Olympiad (IChO) in Istanbul Technical University (ITU). ITU is one of the oldest technical universities in the world. As ITU provides an international environment, it offers many opportunities for students to gain international experience. I am very happy to express that the Scientific and Technological Research Council of Turkey (TUBITAK) is coordinating the organization of this event. I would like to extend... 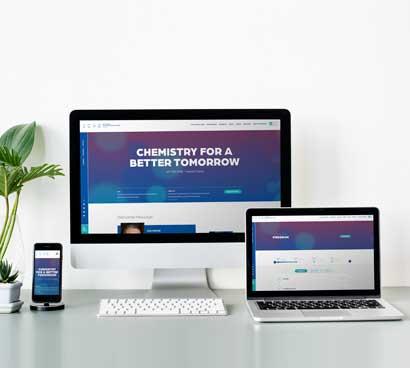 Let's meet where the continents bond!

Istanbul, built on two continents where is a bridge between Europe and Asia. Thus, trances of modern western cities combined with a traditional eastern cities may be observed clearly. Furthermore, many civilizations come together that forms a “melting pot” in Istanbul.

The bridge between past and future: Istanbul!

Istanbul is the most developed and the largest city in Turkey where the oldest civilizations such as Byzantines and Ottomans has settled in Istanbul for many years. Istanbul is very rich in architectural monuments reflecting its past splendour. Such that, the museums, churches, palaces, grand mosques, bazaars and sites of natural beauty mesmerize visitors. Due to the fact that both modern and traditional values are exhibited together, Istanbul is truly one of the most glorious cities in the world. Indeed, glorious treasures that living heritages of the past civilizations and especially Bosphorus during sunset are an experience of a lifetime.

For more information
More about Turkey

The Minds/Scientists of Tomorrow in Turkey; the meeting of continents, mosaic of civilizations, source of inspirations in the light of Science.

Turkish scientists who have written numerous works in astronomy, medicine, mathematics and logic fields shaped science and technology through their works that have made impression on a global scale.

The Republic era in Turkey was a period of breakthrough in terms of chemistry. Today, Turkey has an important position in the world in the field of chemistry. Aziz Sancar received the Nobel Prize for Chemistry in 2015 which is an important indicator of Turkey’s success.

52nd International Chemistry Olympiad 2020 will be held in Istanbul, Turkey from 6 to 15 July 2020. Join us for this fascinating science journey in Istanbul, one of the most beautiful cities in the world.

Istanbul Technical University was founded in 1773 with the name “Imperial School of Naval Engineering”. The University is a prominent and pioneering university of engineering and architecture with many innovative studies in science, technology, research and development. ITU, as a university mainly composed of graduate engineering schools and research laboratories, works closely in collaboration with enterprises and other economic and social partners. ITU has many Techno-Science parks, incubation centers, entrepreneurship and innovation center and technology transfer office for students to build a successful career in their professions and conduct research projects.

ITU is a large city university with its campuses located at the central points of Istanbul. The city of Istanbul is considered as safe as at least all other major cities such as Paris, New York, London. Additionally, all campuses have security measures in place at the highest level.

Republic of Turkey Ministry of Industry and Technology

The Scientific and Technological Research Council of Turkey 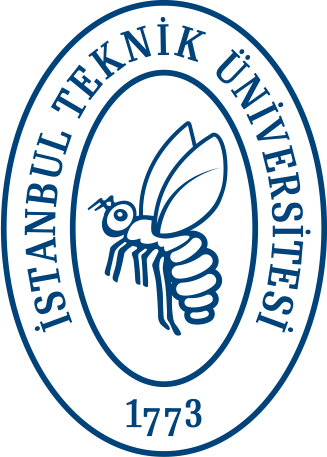 Istanbul Technical University (ITU) is one of the oldest technical university dedicated to engineering sciences as well as social sciences recently, and is one of the most prominent educational institutions in Turkey.

To keep up to date with the 52nd International Chemistry Olympiads, follow us on our social networks:

We promote an environmentally friendly chemistry olympiad: Please consider the environment before printing